> OPSI Blog > A Debate about Uncertainty, Held in the Heart of Certainty

A Debate about Uncertainty, Held in the Heart of Certainty

Written by Piret Tõnurist on 3 July 2017

Event, How to innovate

This blog was co-authored by Justin W. Cook

On the 28th of February, policy makers, systems thinkers, designers, academics and others convened in Paris for an all day workshop discussing new ways to address public challenges marked by complexity and ambiguity inherent to many policy fields today. 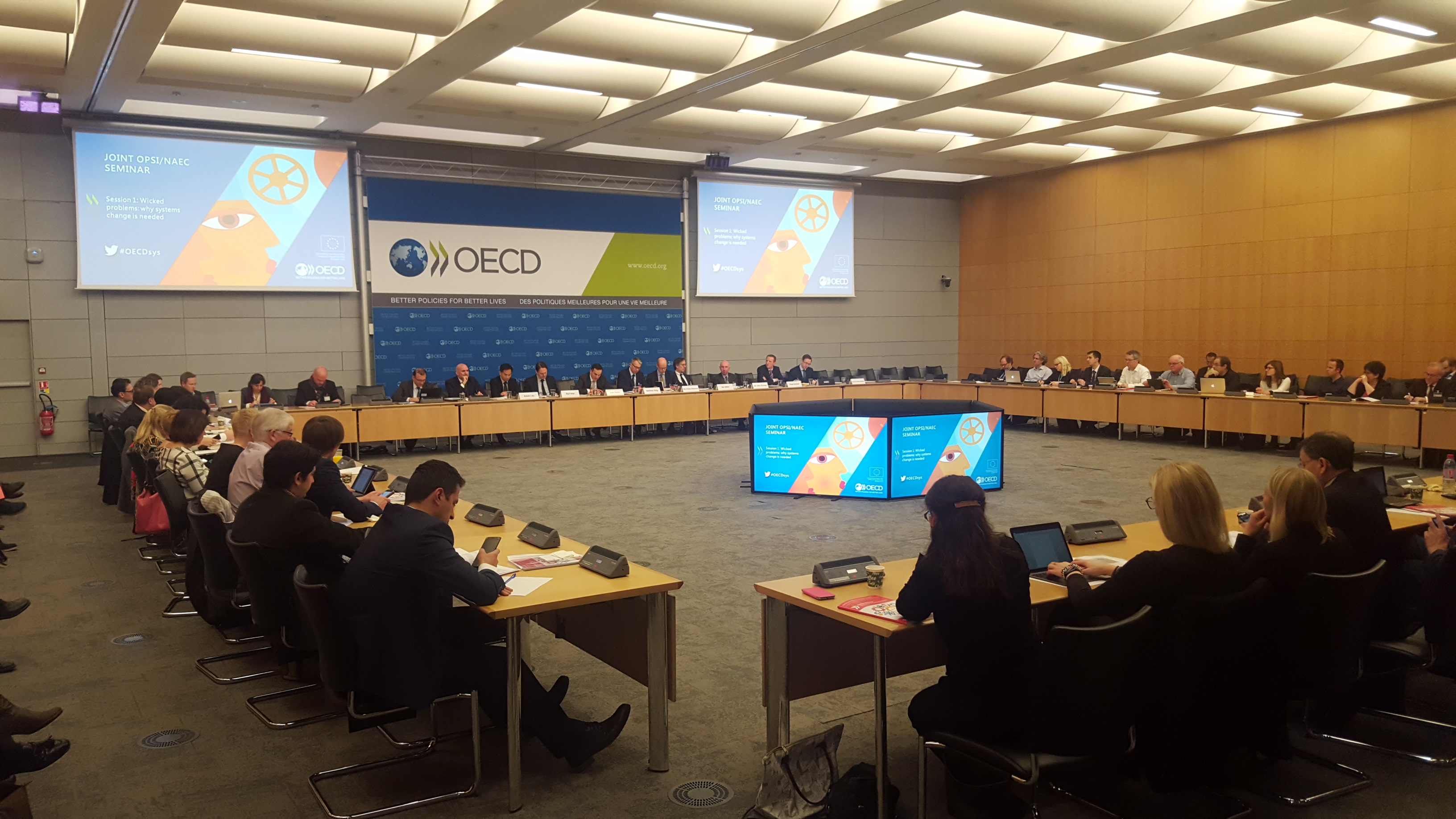 This deep look at uncertainty sits in the context of OECD’s efforts to adapt its advisory capacity and develop new approaches to respond to these changing circumstances. In a world where social and economic phenomena are hard to anticipate let alone to understand, what is the role of evidence and expert advice in shaping public policies? Serendipitously, that same day, David Brooks in NYT called for a vigorous defence of the Enlightenment project, reason and rules-based systems in a time characterised by anti-Enlightenment agendas such as populism and nationalism. Putting these two things together, it seems to signify a new emerging conversation: can we rely on certainty as a basis for policy decisions in an uncertain world? This conundrum seemed to bubble behind the high level panel discussion starting the workshop on “Working with Change: Systems Approaches to Public Sector Challenges.”

Juan Yermo, the Deputy Chief of Staff (Office of the Secretary General, OECD) opened the day with the quote from 1930, “We are suffering, not from the rheumatics of old age, but from the growing-pains of over-rapid changes, from the painfulness of readjustment between one economic period and another” (J. M. Keynes, Economic Possibilities for our Grandchildren). If the nature of the problem of uncertainty and complexity in policy making is the same as it was 87 years ago – we are in the midst of moving from one paradigm to another – then what is different today? For Olli-Pekka Heinonen, the Director General of the Finnish National Board of Education “nothing is broken in the public sector, the machinery is alive and kicking; however, the context around it has changed”. Olli-Pekka’s analogy for a “misplaced” public sector is telling: looking at Napoleon’s map of Paris we recognise the city in its broad strokes, but it would be difficult, if not impossible, to navigate the metropolis today using the imagery from the 18th Century. Similarly, people’s mental maps no longer reflect a public sector reality that was predominantly designed in the mid-20th Century. 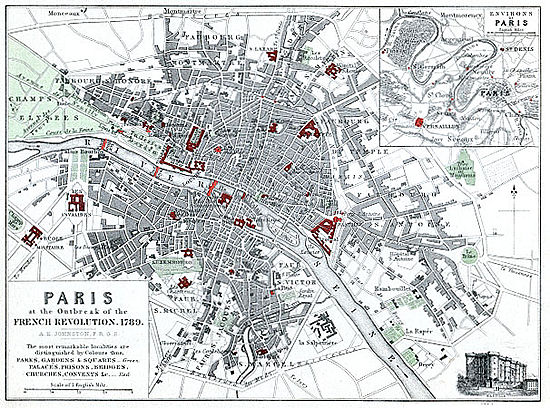 Thus, we live in a continuously changing world. The defence and intelligence communities have called this the VUCA world, which originally described the Volatility, Uncertainty, Complexity and Ambiguity left behind by the end of the ordering function provided by the Cold War. Looking back at Keynes, perhaps the very notion of VUCA reveals our profound innocence when it comes to the presence of complexity. As Riel Miller, Head of Foresight at UNESCO stated in the event’s panel, “What was bizarre was the idea that we could create a world that wasn’t VUCA.”

The question for policy makers is: how can we still be productive and create public value in the face of uncertainty/complexity? First, this would mean accepting that they are operating in a new world – that of complexity – and there is no way to change it. Second, that different tools and capacities are needed to frame problems in new ways, “using the future” to surface alternative outcomes. Hence, policy makers need to start visioning new outcomes, not linearly extrapolating current trends, and learn how to “not plan,” but act towards preferred futures, analyse systems in the light of desired purposes. In the face of uncertainty, we cannot wait for all the evidence to come in, but we should be resilient and flexible enough to continuously make changes, adapt when feedback from implementation comes in. It seems like nothing particularly new, but in traditional policy making hierarchies it is a totally novel way of approaching problems. As Olli-Pekka and Sir John Elivdge both reminded us, we need to question the way we work and start to transform ourselves to fit in the change model: from relying on clear organisations to self-organising, and from avoiding errors to learning from errors.  As such, there was an overall consensus on the panel that process is becoming a product, the centre of policy making.

In a perpetual VUCA world this means the emergence of Mens et Manus  – learn by doing. As Sir John Elvidge argued, “Creating networks of learning is more effective than appropriating the learning and trying to standardize it.” With this line of debate, a consensus suspicion emerged around “scaling up” as the ultimate goal of public sector innovation; the public sector is set up to deliver uniformity as uniformity is a product of control. Innovation should not become just a new way of control but open up the possibility to adapt what works in one place to other places. In this respect, scale should be thought of more instrumentally: we can think about scaling up, out or down; we can spread and adapt locally via design processes. Experimentation should not be a priori a gateway to standardization. This implies embracing emergence and diversity on the ground. This suggests open funnel, open-ended processes to understand public challenges and opens the door to look beyond silos. But it also implies that somebody has to frame what is important and what is a problem in the first place. Public sector is for the people, so, part of the systems work is introducing empathy with citizens back into the system – “wisdom of kindness” as Jean-Jacques Rousseau would put it.  OPSI’s future work on cities will explore the public value aspect of systems change and new models of social governance that go with it.

Image: Diversity of visions for Aging 2050 – Mens et Manus at the workshop

Yet, the workshop also showed that this is not easy. Our Mens et Manus sessions – framing the problem of aging for 2050 – showed that thinking about public systems in a new way is not easy. People fall back to extrapolating current trends and need to be confronted to understand that for change they first have to vision a new “purpose” for systems, “use the future” in new ways. Nevertheless, our work for the upcoming report “Working with Change: Systems Approaches to Public Sector Challenges” (see Systems Approaches draft report showed that it is possible; moreover, that it can work in diverse settings: child protection in the Netherlands, responding to domestic violence in Iceland, engaging with the sharing economy in Canada, and in experimental policy design in Finland. Thus, we need to move from abstract discussions about complexity to hands on practises to deal with uncertainty in the public sector.

Where does this leave the bread and butter of OECD, expertise and evidence base? There seems to be two parallel modes of government: experimentation (learning how not to plan) and expertise. David Brooks argues that “Enlightenment thinkers turned their sceptical ideas into sceptical institutions, notably the U.S. Constitution.” The workshop revealed that we probably need both: the sceptical institution that safeguards the public interest, but also processes that enable the public sector to engage uncertainty and destabilize expertise in the name of innovation and progress in the face of wicked challenges. Last week’s workshop indicates the potential role that the OECD  can play in helping governments navigate uncertain times by playing the role of the “microscope of the 21th century”: making the invisible (complexity) visible (evident) by introducing new ways and methods to accompany the process of change in a complex world.

“What wisdom can you find that is greater than kindness?”

– Jean-Jacques Rousseau, French philosopher of the Age of Enlightenment

For more information on the Systems Thinking workshop, please see the OECD website and #OECDsys.

New (March 21): Systems Approaches draft report now available. Please note that this is the preliminary version and is subject to change prior to final publication.